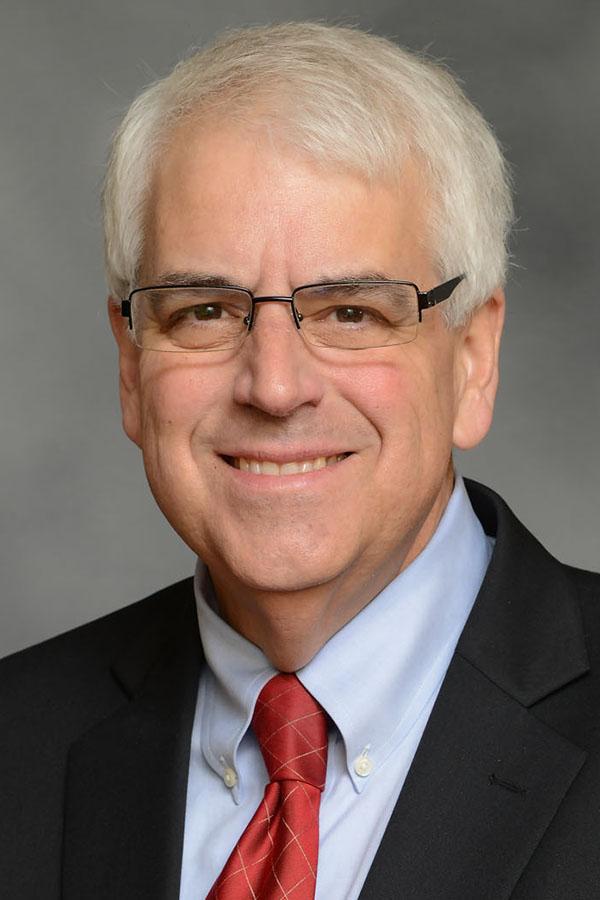 Making a difference, especially in turbulent times, can be a challenge, but principles provide a path and direction.

Blake Roderick, executive director of Pike-Scott Farm Bureau, has made a difference not only in Pike and Scott counties, but for farmers across Illinois and elsewhere. Leaders who worked with Roderick shared principles he exemplified and will be missed when he retires after 41 years with Farm Bureau.

‘Communicate and empower others’

“Blake trained, shaped and provided education for farmers so they could speak from the heart,” said Kim Curry, Pike-Scott Farm Bureau president.

County Farm Bureau leaders shared information and views not only on local issues, but also how those reflected regional and even national problems.

Roderick helped arrange interviews and opportunities for leaders to testify before committees and groups. Then, he let farmers take the lead. “He made it so easy,” said Jim Koeller, a past Pike County Farm Bureau president.

‘Dig when it isn’t right’

By seeking to resolve situations that aren’t fair and find solutions, Farm Bureau makes a difference. “Blake could sense that (unfairness), and it motivated him to really get digging,” Koeller said. “It would start with someone saying, ‘This isn’t right.’ He would find someone to talk with. Blake could frame an example of ‘not right’ and he could make the issue bigger.”

Koeller recalled that happened with Pike County farmland assessments. After collecting evidence that assessments were calculated differently among townships, Roderick said he and the county Farm Bureau were able to get the situation rectified.

To get to the heart of a matter, Roderick said, “I listened to what was said. I distilled that to get down to what’s really the issue and brought the forces to bear.”

Broad, far-ranging policy and regulations can bring unintended consequences. It’s key for someone to raise what could happen to individuals and communities.

Representing Farm Bureau on the National Waterways Conference’s nine-member executive committee, Roderick worked with diverse groups on laws and policy related to U.S. water infrastructure. During federal policy discussions, Roderick would apply his understanding of how local farmers use rivers to move goods, said Amy Larson, the Waterways Conference’s immediate past president. “He was able to put that practical voice on these important issues and say to a member of Congress, ‘Here’s what moves through Illinois and the jobs that are impacted.’ That’s a talent. People like Blake are needed in policy,” she added.

‘Look outside the box’

Understanding how farming both impacts and is influenced by other sectors broadens alliances and possibilities. Julie Ufner, Waterways Conference president, appreciated Roderick’s broad views on issues. “He could talk about how it would impact the farming community and counties, but say, ‘We really need to look broader.’ He knew how to talk outside of agriculture,” Ufner said.

For example, a recent discussion touched on how Federal Emergency Management Agency policy changes with national flood insurance would impact farmers and drainage. “Blake could connect the dots outside of farming and say, ‘You need to pay attention to this because it will impact you,’” she said.

Koeller recalled how Roderick, with support from the Farm Bureau board, went daily to help Hull residents recover from the 1993 flood. At other times, Roderick and Farm Bureau helped three farm widows complete their growing seasons and helped organize sandbagging efforts for flooding along the Mississippi and Illinois rivers.

“That’s not a Farm Bureau job as the executive director, but being part of the community,” Koeller noted.

Roderick’s community investment extended to serving on many local boards and foundations and leadership roles in civic organizations. But Farm Bureau and farmers were never out of Roderick’s thoughts. “I always represented my members and I never lost sight of that,” he said.

Ufner recognized Roderick’s loyalty to Farm Bureau and his farmers: “At the end of the day, I think he wanted to represent his organization to the highest standard he could.”