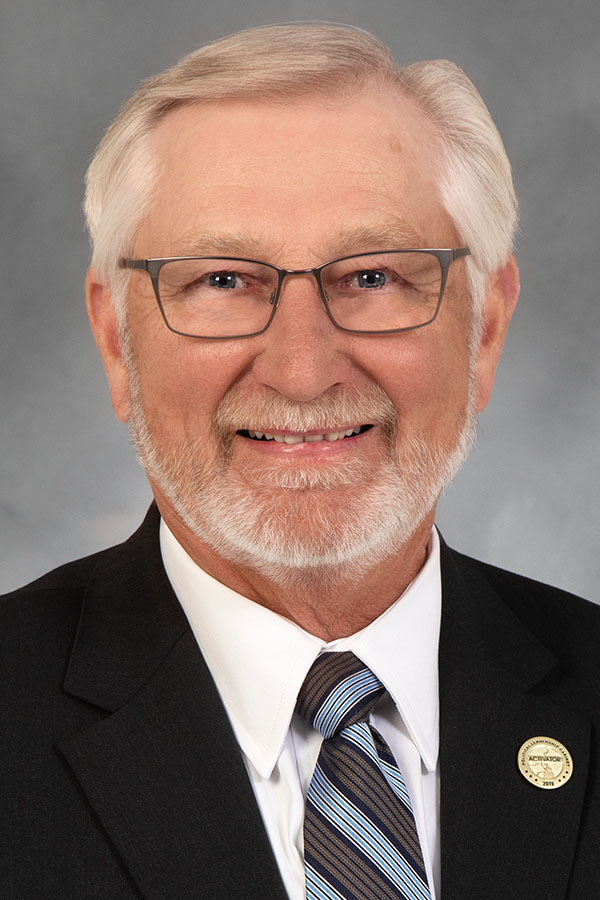 Lofty consumer prices and low crop production estimates could mean the cost of food, fuel and other agriculture goods will continue to rise in the coming months.

The U.S. Bureau of Labor Statistics’ most recent Consumer Price Index indicates overall consumer prices in April were 8.3% higher than a year ago. The increase comes as an ongoing war between Russia and Ukraine significantly stifles global trade. The U.S. Department of Agriculture (USDA) May crop report also shows lower corn and wheat production estimates could compound inflation further.

An unseasonably wet spring in Illinois pushed back planting for many farmers across the state. Illinois Farm Bureau president and Randolph County farmer Richard Guebert Jr. said he’s hopeful crops will catch up to where they need to be this summer and yields will bounce back from USDA estimates.

He shares his thoughts on how American farmers plan to maximize domestic production.

Q: With Ukrainian wheat supplies in question, how are Illinois farmers responding?

A: First and foremost, our hearts go out to the Ukrainian people whose communities have been devastated by the ongoing war. Farmers in the Midwest are in the fields planting, but their minds are also with their brothers in Ukraine who face an uphill battle to get their own crops into the ground.

Ukraine is one of the largest wheat exporters in the world. If the number of acres typically planted is cut in half, as some analysts suggest, we’ll see wheat supplies tighten around the world. Farmers consider many factors in making decisions on what to plant. Illinois farmers will do what we can to help fill this gap but the growing conditions for wheat in our state aren’t as ideal as those in the Northern Plains.

Q: Food prices have risen considerably in the last couple of years. Is there relief in sight?

A: A common misconception about food prices is that they fluctuate with commodity markets. While it’s true these inputs do play a part in higher grocery prices, transportation, packaging and distribution are significant factors. Farmers receive approximately 8% of every food marketing dollar.

I can’t say for certain that prices will plateau or decrease in the coming months. Like everyone out there, the farming community is at the mercy of inflation and supply chain disruptions that leave us feeling uncertain about what’s ahead.

What I can say with certainty is that American farmers will continue to produce a strong supply of food and ag products for families across our country. Though the challenges we’ve faced in recent years have raised food prices, we’re blessed that the U.S has a wealth of resources when other countries do not.

A: Biofuel production is a priority for Illinois farmers because ethanol and biodiesel are cleaner-burning and more cost-friendly options than non-blended fuels.

President Biden’s recent expansion of E15 sales to include summer 2022 is a big win for both farmers and consumers. While it’s a step in the right direction, the change is only temporary. The administration’s support of higher ethanol blends and a permanent expansion to include summer sales is needed to make a greater impact.

Q: With limited supplies of agriculture goods in the market, are farmers choosing between food and fuel production?

A: Since the war started in Ukraine, and even before then, farmers have been asked about whether they’ll focus on food or fuel production. But there’s really no way to prioritize one without the other.

In farming, every new generation must produce more with fewer resources. To accomplish this, we look for ways to repurpose as much as we can, and that includes how crops are grown and livestock is raised.

For example, increasing ethanol use lowers the cost of gas at the pump. At the same time, livestock farmers use a byproduct of the biofuel distillation process, called distillers dried grains and solubles (DDGS), as an inexpensive feed additive for their animals. Using DDGS saves money for the farmer and brings the cost of meat production down.

Keep in mind that most of the corn you see as you drive by a farmer’s field is used for animal feed and ethanol production and small percentage is sweet corn grown for human consumption. While that ratio may seem imbalanced, biofuel production is essential to the transportation industry’s ability to deliver food to communities across our state, nation and world.

Ultimately, many factors led to the high prices we’re experiencing now and there won’t be a simple or quick fix. In the meantime, farmers remain committed to supporting a constant supplying of food and fuel to American families that rely on it.