Guebert testifies in D.C. on behalf of Illinois farmers 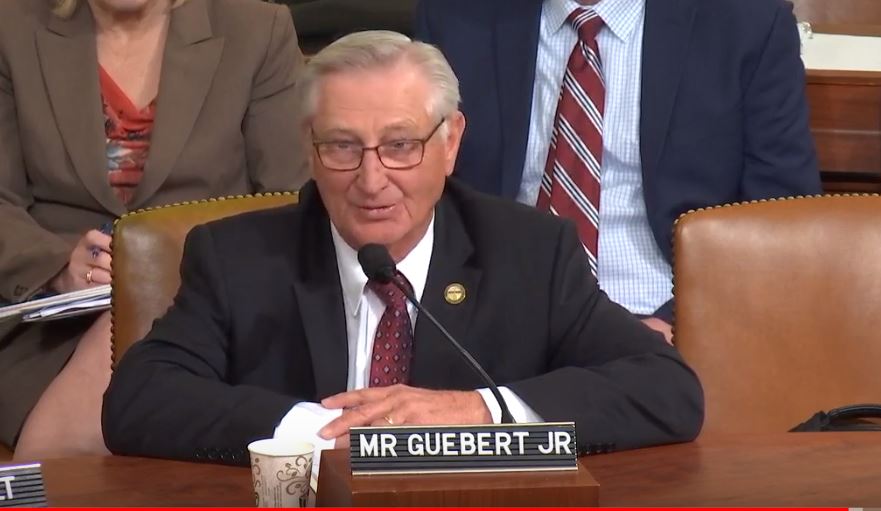 The hearing was held to discuss U.S.-China trade and competition, and featured a variety of witnesses.

In his testimony, Guebert explained the importance of trade to Illinois farmers, the impacts of the trade war and reasons for optimism.

“Our geography and our transportation assets (in Illinois), with easy access to rivers and barges and rail lines and unit trains, give us the ability to efficiently and cost-effectively supply domestic and international markets,” explained Guebert. “And without access to those overseas markets and to the 96% of consumers who don’t live in this country, we (farmers) can’t make ends meet. That’s not a theory, that’s reality. Our reality."

In 2016, Illinois farmers exported $2.3 billion worth of soybeans almost exclusively to China. In the last four years, that number has steadily declined. In 2019, roughly $800 million of soybeans were exported from Illinois.

This and other commodity export declines have significantly decreased farm profitably. While farmers greatly appreciated the Market Facilitation Program payments, Guebert stressed the desire for trade, not aid.

“I certainly hope no one on this committee or watching this hearing doubts that Illinois farmers, like all farmers across this country, would much rather earn their living from the marketplace,” said Guebert. “We would much rather have expanded trade.”

“We recognize that China is managing through a deadly coronavirus outbreak, that the purchases called for in the agreement have not happened yet,” said Guebert. “And that USDA economists have not even built those anticipated phase one sales into their export reports. We certainly know the markets have yet to move. But farmers are optimistic. We understand that we’re just at the beginning of an exciting new chapter and we patiently await the benefits of this new trade agreement.”

Guebert also answered questions from committee members ranging from the decrease of soybean exports to enforcement mechanisms in the phase one agreement and agriculture’s aspirations for the phase two agreement.