IFB Board receives update from NASS

The basic function of the National Agricultural Statistics Service (NASS) is to collect and clean data and publish results. In the past year, NASS has also worked to increase transparency, communication and collaboration with its stakeholders.

At a recent Illinois Farm Bureau Board of Directors meeting, Mark Schleusener, NASS Illinois state statistician, updated board members on how the agency continues to make improvements.

For the first time this June, NASS will have customized questionnaires for online and phone interview surveys. These questionnaires will use previously reported data, such as land operated, crops planted and bin capacity.

Schleusener also addressed questions about satellite imagery and collaboration with other government agencies. 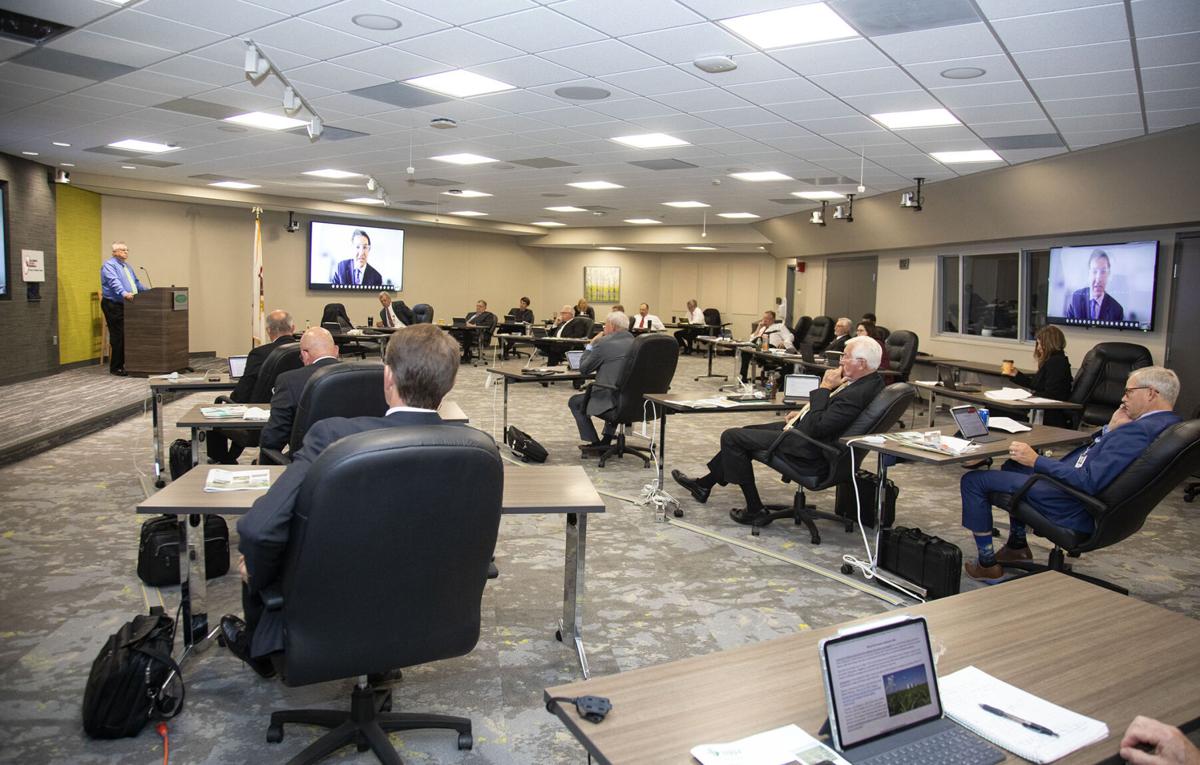 Satellite imagery has been used by NASS since before the 1980s, but the technology is still somewhat limited as it can determine acreage but not yields, he said.

At this time, NASS does not collaborate with the U.S. Corps of Engineers when there is a disaster, and coordination between NASS, FSA and the Risk Management Agency is limited because of timing issues and even legal issues of sharing data.

Other questions by board members pertained to the reporting of feed and residual, test weights and overall survey response rates.

Feed and residual are reported together and not separated out in reports. At this time, NASS does not ask questions in order to have a data set for on-farm feeding of corn, for example.

Test weight is not measured, but NASS is counting on producers to take that into account when reporting their bushels, he said.

It was then suggested to ask elevators if the test weights are overall comparable or if they are lower.

Overall, survey response rates are declining across all government agencies. Although NASS strives to reach 80% response rate on each survey, it is not always achieved.

“We are working hard at maintain and improving response rates,” assured Schleusener. “In general, we’re doing OK. We’re not as good as we should be. But hence this meeting. Hence my request to ask the Farm Bureau to carry our message for us. You guys have the biggest megaphone in the state and we use you and ask for your help and you have come through many, many times.”