Nowell Moore admits he was a “nervous wreck” the night before the state Young Leader Discussion Meet. 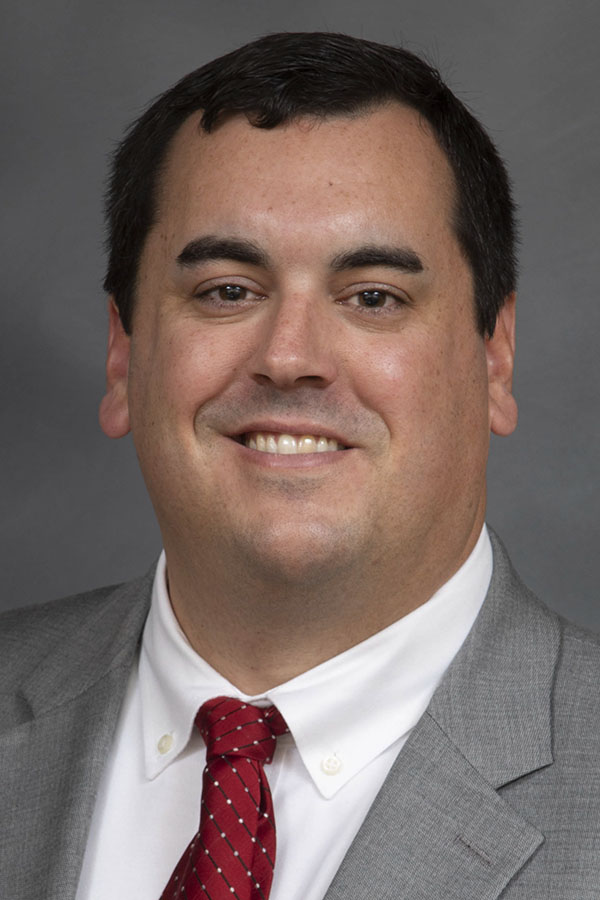 So, the night before, he reached out to a couple Young Leader county groups to practice his opening remarks.

“I’m really glad I did that because it really calmed my nerves before the competition,” he said, adding until that point, his wife, Rachel, was his sole audience member.

The practice round, coupled with his “deep dive” into Illinois Farm Bureau policy and other research on the presented topics, turned out to be the perfect training for the first-time competitor. He won the meet.

The experience was humbling, Moore told FarmWeek. He credited the solid skills his fellow competitors brought to the table.

“You can’t have a good discussion without a good panel,” Moore said. “I think we also saw the topic in similar but slightly different lights. And sometimes that can be a challenge when you’re talking to a panel. ... You always appreciate somebody else’s perspective from a different part of the state. And we got to see a lot of that.”

The competitors tackled the topic of how Farm Bureau can help farmers and ranchers continue to increase their efficiency in the use of valuable resources and transition to green energy practices on their farm or ranch.

Moore, who has two sons, Zeke and Rhett, grew up in an agriculture community but not a farming family.

“I had a strong interest in farming from a young age,” he said. “I got my first job on a farm when I was 12 and I took a big interest in hay production and just raising livestock and was really intrigued by the innovation that I saw in the industry.”

Moore’s interest in “tinkering on things” drew him toward a career in ag engineering.

“I can continue to innovate and bring new technologies that can increase yield and just improve farmers’ ability to raise crops and livestock and increase profit for themselves,” he said.

Moore and his wife also raise cattle along the Mackinaw River Valley.

Young Leaders provided Moore an avenue for ag education. While he married into a farm family, there was still much to learn, he said.

“It’s a great way for you to network with local farmers, ranchers in my age group and other professionals in the area that are involved in the ag industry, so I was able to start getting those connections,” he said.

Public speaking has never been his strong suit, Moore said, but points to a state parliamentary procedure contest an FFA teacher encouraged him to participate in.

Moore’s group took home a state prize and landed in the top 10 nationally.

“It was kind of a great start for me in public speaking ... and I actually got to talk about topics in ag in more formal settings,” he said.

Reflecting on his biggest takeaways from the meet, Moore says listening to and understanding new and differing perspectives is essential in agriculture.

“We as leaders shouldn’t be trying to live in a little bubble in our communities,” he said. “We need to explore the broad range of issues and topics across the state.”

The Discussion Meet competition is designed to simulate a committee meeting where discussion and active participation are expected from each committee member.

Moore will go on to represent the state at next month’s American Farm Bureau Federation’s Annual Convention, Jan. 7-12 in Atlanta.